Concor has been awarded the contract to construct the new Ikusasa office block at Oxford Parks in Rosebank. Work started on the building, which will house Anglo Global Shared Services (AGSS), at the beginning of March 2021 and is scheduled for completion in January 2022.

The four storey building will be constructed on three basement levels of approximately 10 326 m2 and will have four office levels totalling approximately 7 555m2 GLA. It is anticipated that some 814 ton of rebar and some 8 707 m3 of concrete will be used in the construction of Ikusasa.

Martin Muller, contract manager at Concor, says that the company is excited to continue constructing within the Oxford Parks precinct. “Our involvement with this exciting development goes back to the construction of the first building which today houses BPSA,” he says.

The Oxford Parks BPSA building received industry recognition at Construction World’s 2019 Best Projects when Concor scooped the winning place in the Building Contractors category, and the project also received a Special Mention in the AfriSam Innovation Award for Sustainable Construction.

Most recently, Concor completed the Radisson RED hotel which is also part of this exciting new precinct in Rosebank, and is due to be opened in June 2022. 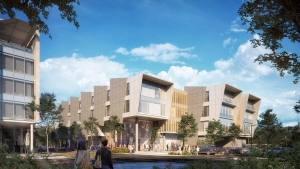 Concor has been awarded the contract to construct the new Ikusasa office block at Oxford Parks, Rosebank. 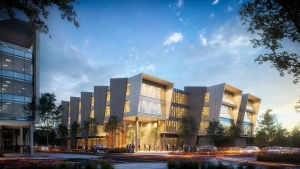 The four storey Ikusasa office block will be constructed on three basement levels. 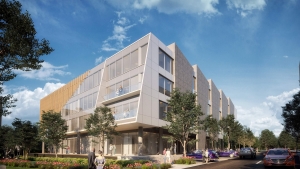 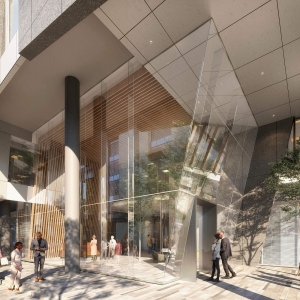 The new Ikusasa office block at Oxford Parks will have four office levels when completed.