Concor Infrastructure is currently constructing one of the largest road infrastructure developments undertaken by its client, the South African National Roads Agency SOC Limited (SANRAL,) in KwaZulu-Natal. It is constructing 33 km of dual carriageway on the N2 between the Mtunzini Toll Plaza and Empangeni T-junction on the KwaZulu-Natal North Coast.

The new carriageway being constructed will become the new north bound highway. Once this section of highway is complete the construction team will divert northbound traffic onto it while it rehabilitates the existing south bound highway. The final product at the end of the 37-month contract will be a dual carriageway freeway with an 8 metre median between the carriageways.

Concor Infrastructure has an established reputation for completing technically challenging projects on time while overcoming challenges on complex sites. The ability to do this is a result of the vast expertise and experience that resides within the core team of the company. The company can view a contract at tender stage and identify alternate construction methodologies that will save the client money while delivering a quality product on time.

Concor Infrastructure, previously Murray & Roberts Infrastructure, is a division of Concor Construction which was recently acquired by a consortium led by the Southern Palace Group of Companies; this has created the first major black-owned infrastructure and building construction business in South Africa.

“This is a large and complex road construction project as we’re not only building the northbound carriageway and rehabilitating the existing southbound carriageway, there are several structural elements in the contract we will be constructing as well,” states Concor Infrastructure contracts manager, Jonathan Pearce.

These elements include two major bridges over the Mlalazi and Mhlathuze Rivers; the extending of four agricultural overpasses; the building of new bridges at the R34 Empangeni and Richards Bay Interchange and the P537 Port Durnford underpass; the building of two road-over-rail bridges; and the construction of 21 large box culverts and underpass structures. In addition, the vertical clearance of two overpasses will be increased by jacking up the decks of the bridges. In total Concor Infrastructure will be building 11 bridges during the contract and 21 box culverts.

“We currently have 551 people on site including sub-contractors and the engineer’s professional staff,” says Pearce. “As we are working at 16 work faces concurrently we have four earthwork teams; two bulk backfill team; six culvert teams and three bridge teams operating simultaneously,” he explains.

Concor Infrastructure began work on the contract in March 2016 and it is scheduled for completion in 2019. Its ability to shorten the client’s construction programme by three months – to 37 months instead of 40 – played a vital role in the company being awarded the contract. 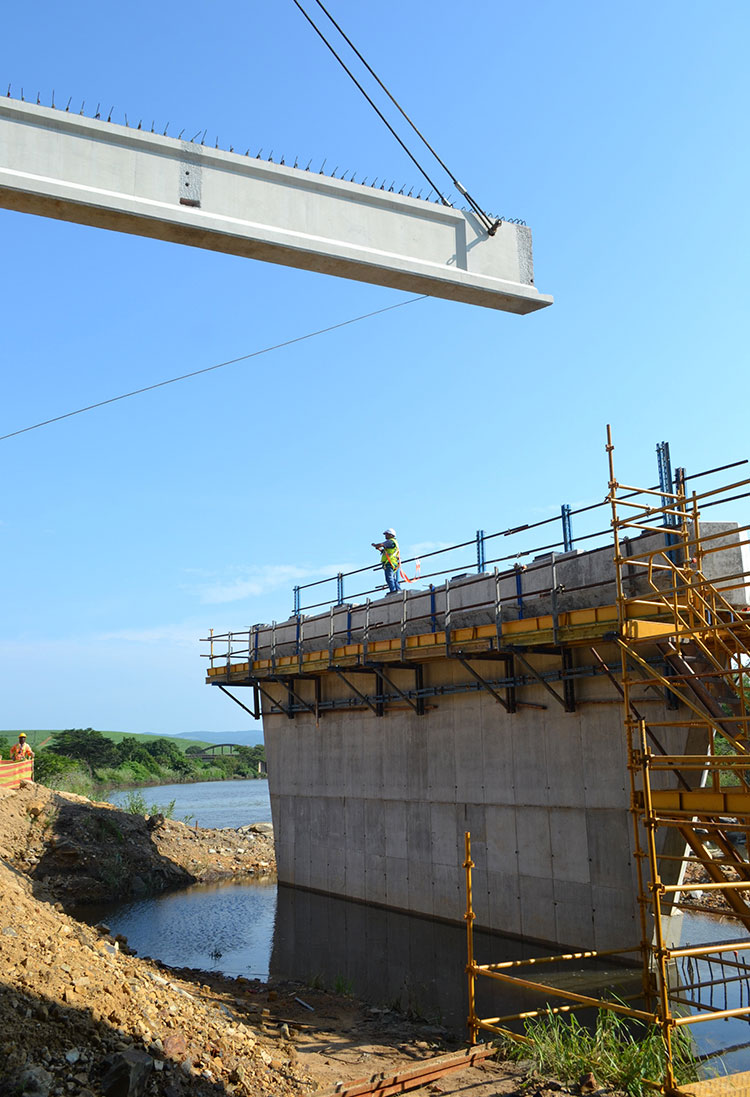