Within the 13‑month timeframe and in time for its official opening on 21 March 2019, Concor Buildings has completed the Maluti Crescent regional retail hub, owned by Vukile Property Fund, at Phuthaditjhaba in Free State province.

The modern new development – designed to highlight the spectacular mountain scenery as well as the local culture – is expected to draw shoppers from as far afield as Kestell, Clarens and even Harrismith. According to Concor Buildings contract manager Martin Muller, the expansion added 12,600 m2 of gross leasable area (GLA) plus another 34,000 m2 of parking to the existing strip mall.

“This new mall is likely to be life-changing for consumers in the area, with a variety of brand-name stores moving in for the first time,” says Muller. “Adding to the shopping experience will be stunning architecture which celebrates local culture, highlights the sandstone colours of the surrounding area, and gives panoramic views of the Maluti mountains.”

Muller emphasises the positive local impact that the construction has achieved, with about 3,500 workers inducted into site activities over the life of the project. The numbers working on site peaked at over 1,000 before tailing off towards completion. The Concor Building team was even able to accommodate over 40 internship students from the University of the Free State at various stages of the contract.

“Despite the logistical challenges of the site’s relatively remote location, we managed this well through detailed planning and closely monitored project implementation,” he says. “Through our upskilling programmes and on-site training, a range of skills were transferred to local residents working on the project, including bricklaying, plastering, painting and tiling.”

He notes that a key consideration was to keep the existing shopping centre open and easily accessible to consumers at all times during the construction of the new mall. So enthusiastic were the locals that – far from being discouraged from the area – many came to watch the progress in anticipation of the new facilities to come.

The construction work also had to contend with an ongoing interruption to the mains water supply due to infrastructure upgrades in the town. This necessitated the use of tankers to provide the site with its regular water requirements.

Concor Buildings is part of Concor Construction which was acquired by a consortium led by Southern Palace Group. 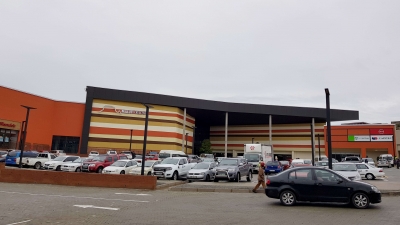 A view of the Maluti mountains from inside Maluti Crescent. 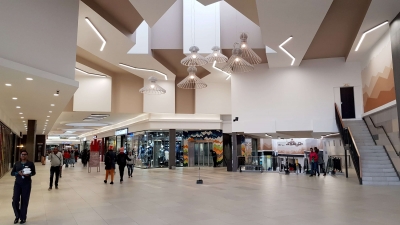 The modern new Maluti Crescent is expected to draw shopper from as far afield as Kestell and Clarens. 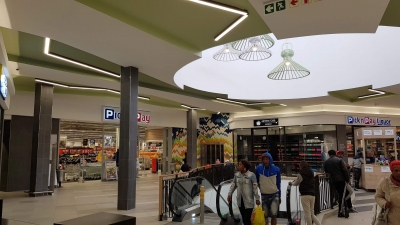